Hazel & Peter travelled on our Grand New Zealand self-drive tour. Here's what they had to say: 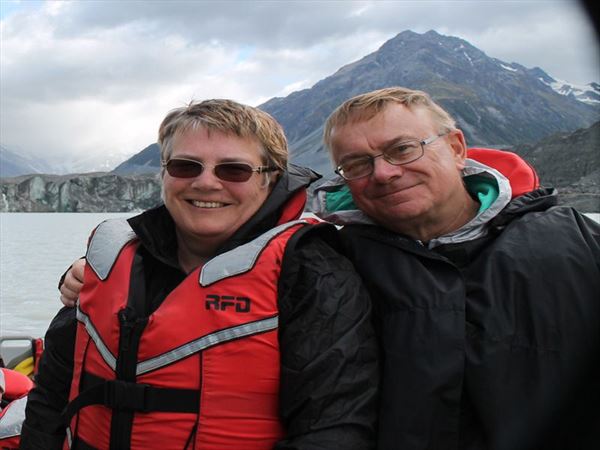 This was our first trip to New Zealand, and it won't be our last. We had wanted to go to New Zealand for a long time but could not take enough leave, this was our retirement holiday. We chose New Zealand Sky because they were recommended to us and we thought booking everything ourselves would be stressful. We had not used this company before but we made the right decision.

The itinerary was adaptable, we could change things and add things like, my husband is a glider pilot and wanted to fly in New Zealand so we incorporated three nights in Omarama. The information we were provided with on arrival to Auckland was incredibly comprehensive - a book with our personal travel details - how far to the next place, how to get there, what to expect at the hotels and the best things to see when we were there. There was also literature on every place we visited. It all came in a convenient bag. The pace was gentle, not too long a distance on any one day. The majority of places were for two nights, it would have been nice to have more time in each destination but we would not have seen everything we wanted to. 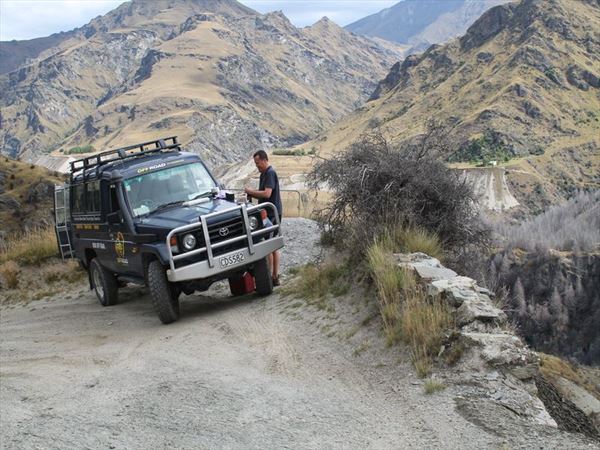 This was a the trip of a life time, and we are going to have at least two more such trips.

My husband had two particular highlights. When we arrived in Napier we discovered it was Art Deco weekend which was a bonus with extra events, one of which was at the local airport where he had a flight in a 1928 Gypsy Moth, his grin was enormous. His second was his glider flight, two hours of flying in the mountains near Mt Cook, he went to 17,500ft. He talked about both to anyone who would listen when we got home.

My whole holiday was a highlight I kept pinching myself.

But the three that stand out for me were Whale Watching, a trip on Milford Sound - the granduer was amazing and an off road trip in a gold mining canyon near Queenstown, we were the only people on the trip and had the guide's full attention. We had afternoon tea with a big drop in front of us and the mining site the other side of the valley - amazing. Our guide also took us to stand on the very spot where a scene from Lord of the Rings was filmed.

Our WOW moments would have to be when a whale’s tale come up out of the water just before he dived. The scenery such as the ferry trip from North to South Island, my husband's flights. Punt trip down Avon River in Christchurch and also the devastation in Christchurch. A boat trip on a glacial lake at Mount Cook. There were a lot of others but hard to think of them all. 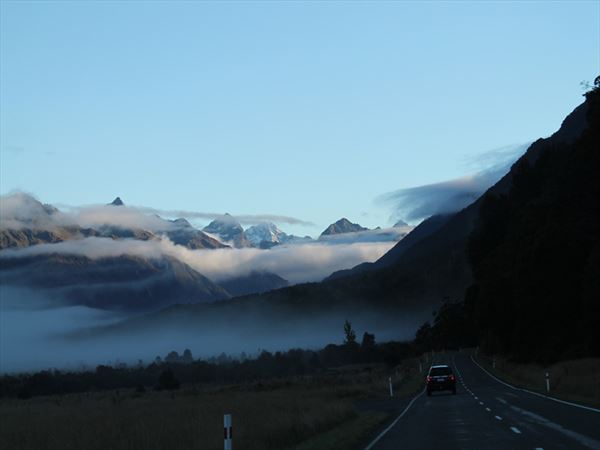 We didn’t have a favourite place because we loved it all. The contrast of the different places especially between the two islands. We kept saying we could live here till we got to the next place then we could live there too. The only concerns we had were the length of the flights, how far away it was and would the itinerary work properly. The holiday surpassed our expectations, I cried when we left. We had thought we would be ready for home after three weeks but even at the end of five weeks we weren't. We had no preconceived ideas because we had no idea what to expect. We laughed a lot but I can't think of anything in particular.

Lots of lovely food, the Riverside Restaurant in Blenheim served Italian food and local wine. We drank a superb bottle of Montepulciano, not a grape you would expect to be grown in NW, which we enjoyed so much we went to the vineyard to buy some, yum.

Just go for it and put yourselves in New Zealand Sky's hands, then relax.

We would like to thank Hazel & Peter for sharing their story with us and hope to welcome you on another holiday soon..